Happy Birthday @Chief Longwind Of The North! Hope your day is a great one. Go do something fun and tell us all about it!

Happy Birthday, Chief. I hope you have a most enjoyable day. 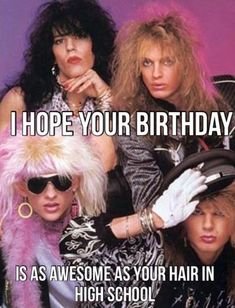 Congratulations on another trip around the sun Chief!! May you have many more.

Thanks everyone. Dinner tonight is at a Japanese sreakhouse. Don' know the offerings yet
Should be good.

Last night was a great. My son allowed me, or rather, insisted I pick a place to go out. I chose Aikido Japanese steakhouse, where they cook the food on a screaming hot grill in front of you, like at a Benihana. I had medium rare strip steak, scallops, stir fried veggies, steamed rice, and a brothy soup. It was all very tasty, and seasoned well. There was also a lettuce salad. The only problem was that I was too full to have any of those pies I made for desert. when we got home, we all decided to break into the pies today. D.I.L. also made a peach cobbler. I awoke at 2 a.m., and saw that half of that was gone.. So I hade a small serving with whipped cream. She dis a great job with the cobbler. The top was perfectly crisp/soft,, and not soggy, with great flavor from both the filling, and crust. All in all, it was a meal, and a night to remember. The grandkids tried lobster tails for the first time, got lemonade squirted into their mouths by the chef, got to see flames shooting upward from the grill, and food flipped into everyone's mouths. Show an a feast. It was a great night.

Thank you to all of my friends here at DC. My only complaint is that I can't be with each and every one of you.

So sad. In one day, my fresh strawberry pie began to mold. The peach pie was still very good. I'll just have to make another strawberry pie. Ah well, so it goes.

Seeeeya; Chief Longwind of the North
You must log in or register to reply here.