Today I looked through my legumes, to see what I had that oldest, that I should use up, and I saw these Christmas Limas that someone gave me last year. So I used half of them in some soup.

I started with 6 oz of bacon, cooking it on sauté for about 5 minutes, adding the chopped onion, once I did that, sautéed that until golden, then added a tb of minced garlic, and about 2 tb of gochujang, and cooked another minute - there was a solid, dark layer of fond, and I poured in a cup of water, to release it. I added 1 tsp Syrian oregano (would have used 3/4 tsp thyme, instead), 1 tb each sweet and smoked paprika, 3 fresh bay leaves, about 1/2 tsp black pepper, about 1 tsp Worcestershire sauce, and about 2 tsp soy sauce (more salt later). Then I added 5 c of chicken broth and the limas, brought to a boil, then set to 8 minutes pressure cook on manual. When it had released 15 minutes, I released it (not much pressure left), then tasted the soup, for salt, and seasonings, and it just needed a little salt.

While cooking, I peeled and diced that small kohlrabi (about 3/4 c), and the smallest butternut I had (about 2½ c). And I de-stemmed and chopped up about 4 c of brassica greens. I added all this, plus 3/4 c red lentils and 1/2 c black quinoa, adjusted the salt, then I set to manual, 4 minutes, and let release 20 minutes. The soup thickened just enough, and the seasoning only needed a little more black pepper. 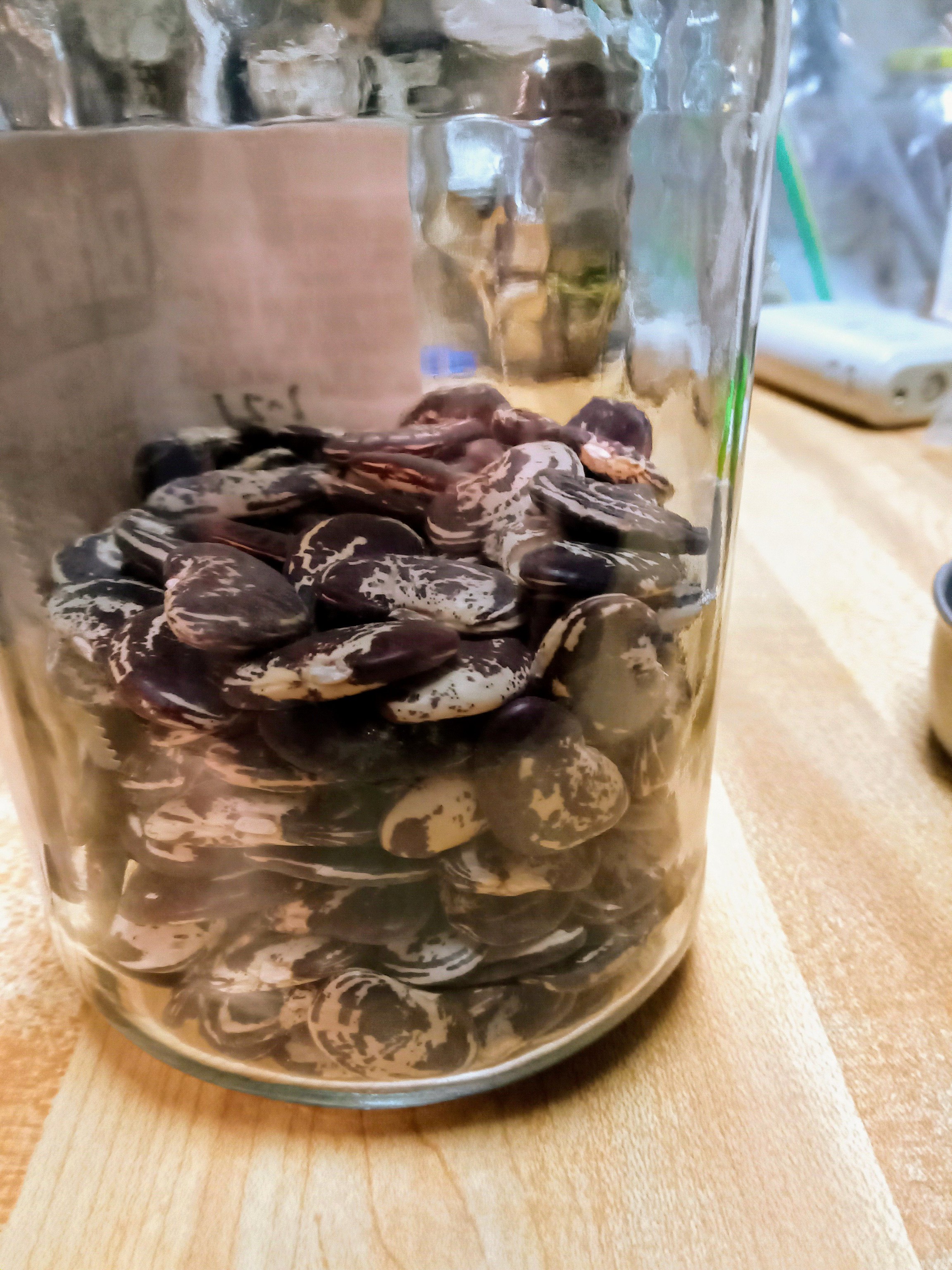 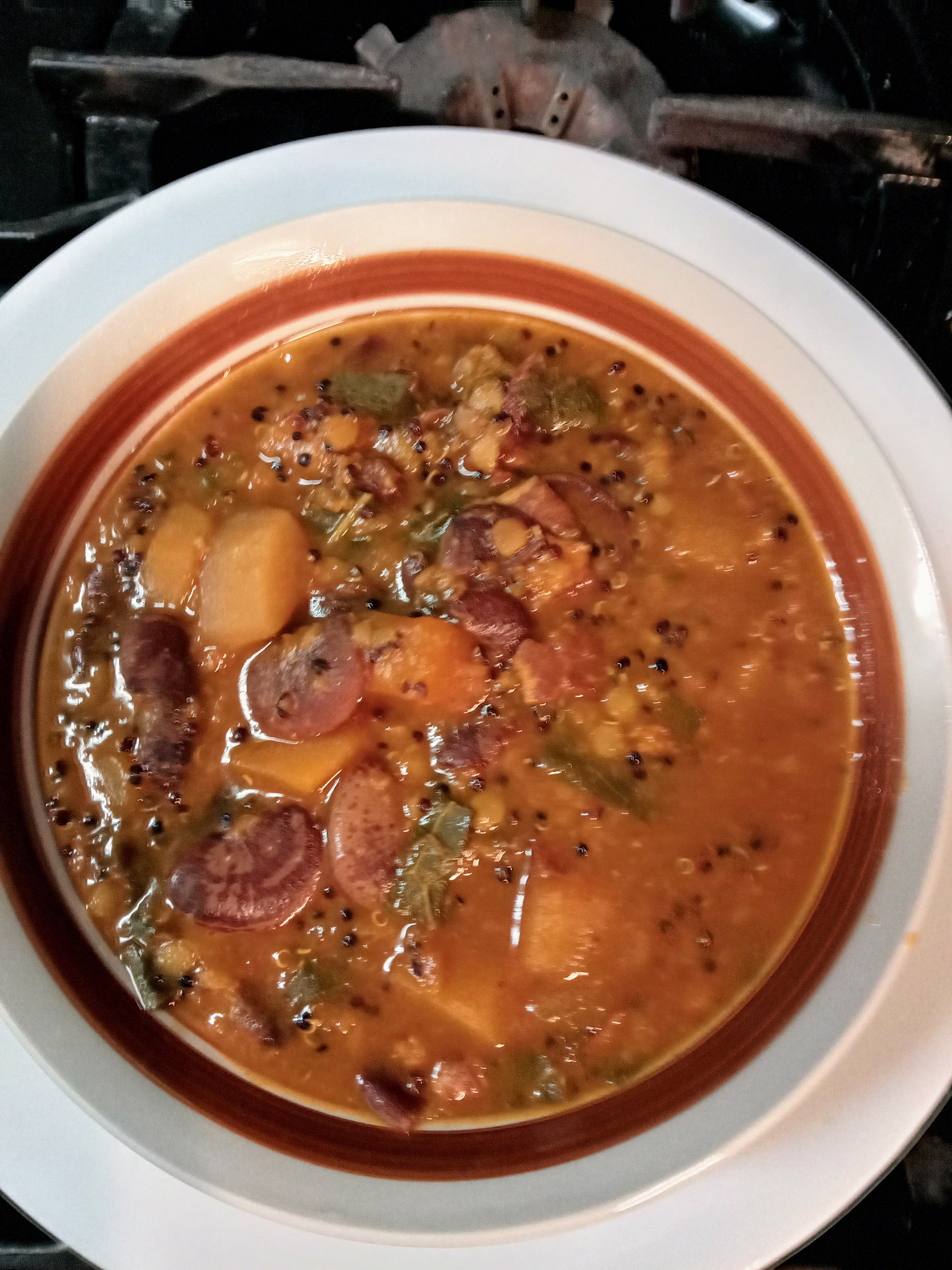 Looks delicious @pepperhead212 !
I noticed with lima beans over most of the other legumes, created a silkier smoother broth/sauce. Legumes can be starchy or mushy but I really liked how the lima beans had a smoother sauce.

In a couple recipes for limas they recommended removing the peel when cooked. I only did this once and now I just leave them with the peels on. It seemed like work to remove them and no one noticed either way.
The black quinoa gives the color of the soup a nice contrast.

@blissful I have had the skins come off some lima beans/butter beans on their own, almost, and that's probably why some recipes say to take the skins off. Same thing with garbanzos - some just seem to come off on their own. Maybe they have bred them to do this less readily? It's been a while since I have had this happen.

I often put a small amount of those red lentils or the moong dal in soups, to thicken them some, and I even have some flour I made from red lentils, to use in small amounts, to thicken. Better than adding white flour, or cornstarch to things!
You must log in or register to reply here.